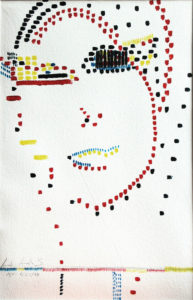 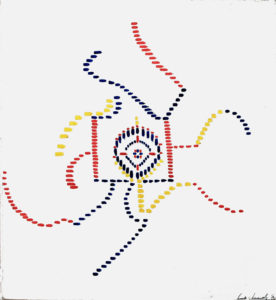 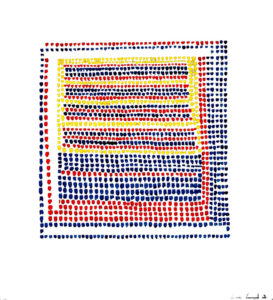 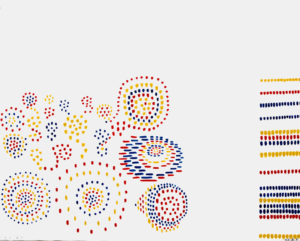 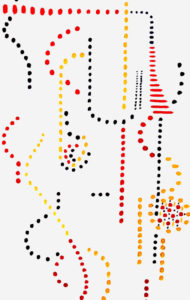 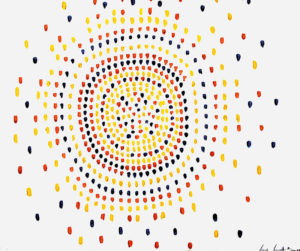 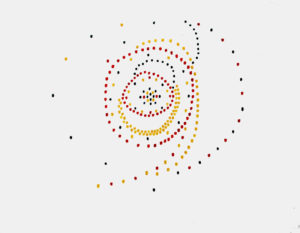 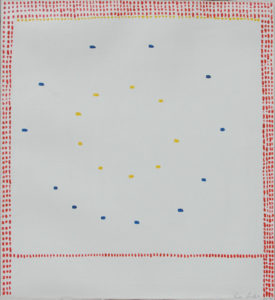 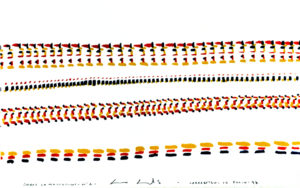 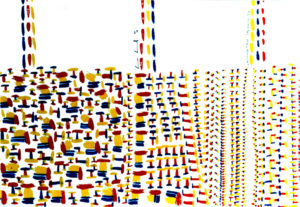 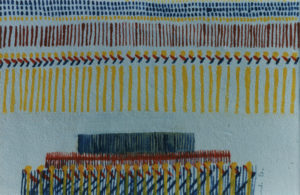 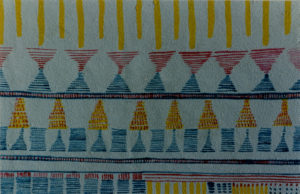 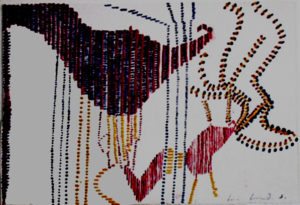 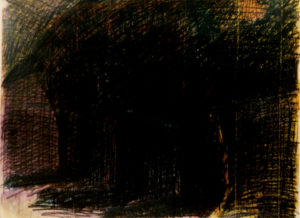 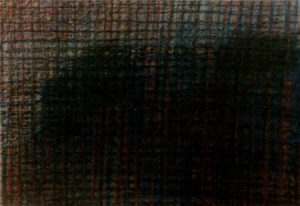 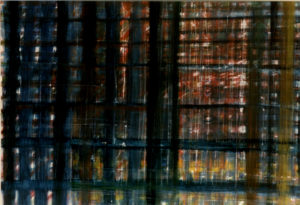 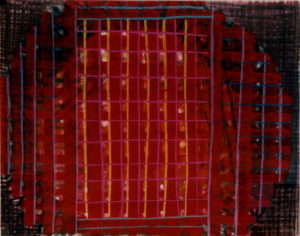 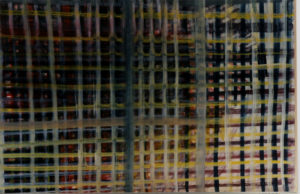 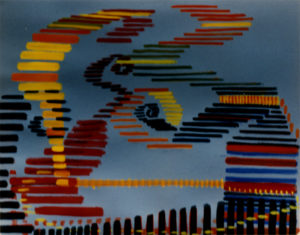 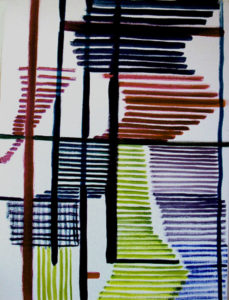 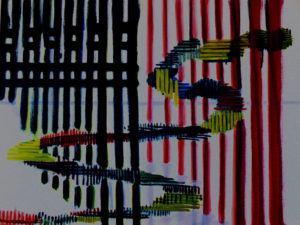 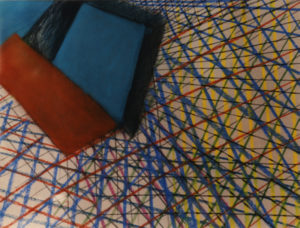 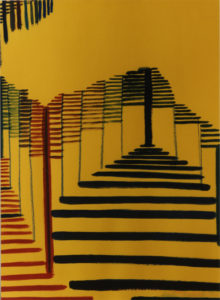 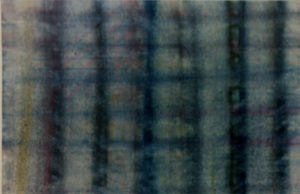 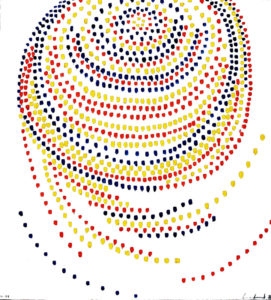 I quote the specific content on series 10b from the statement: “Belonging” and “Awareness of Difference” on this series presented at Juan Manuel Lumbreras’s gallery in Bilbao:

“On the technical level the series was begun smallformat on paper and canvas, using pencil, watercolor, tempera, acrylic and oil. As the fi rst series, “Belonging”, progressed, the formats became larger.

The conceptual key to it all was the atomization of the plane into small dots and lines, using the three primary colors
only. Another major feature of this work is that it is executed with a single initial intention, without the form, size or color of each spontaneously placed dot or line, applied in great concentration to the support, being modified in any way. Most of the paintings and drawings were called “Meditation” or “Communication”. The resulting Image is a pure Expression from Unification.

Conceptually speaking, I integrated the actual digital language into the basic plastic elements that go to make up the image.

Technique, technology and concept united to the same plastic purpose: becoming aware of the Dot as a formal plastic element, the unique, indivisible Constructor of the Image in its primary projections of Light: yellow, red and blue. Belonging to it, to the image, but with its own identity.

Transferring this concept to the human plane would mean seeing each person as a single contained individual identity, belonging to creation or reality, empowered through its spiritual selfhood in action manifested in the physical human plane. In other words, the first and last division has been overcome, through the UNIFICATION of the spiritual and human planes.”