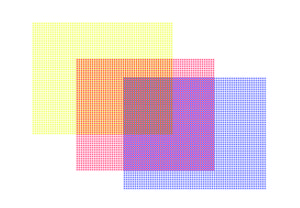 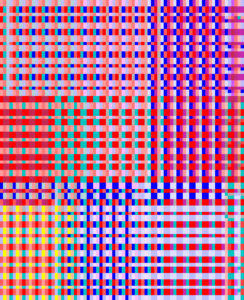 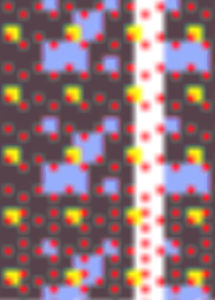 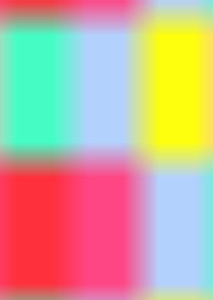 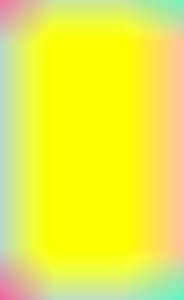 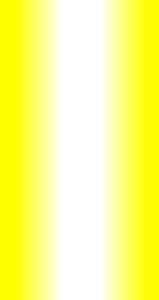 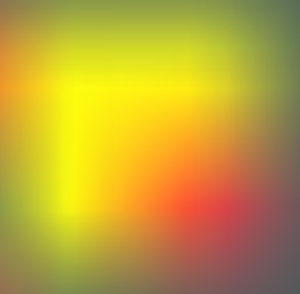 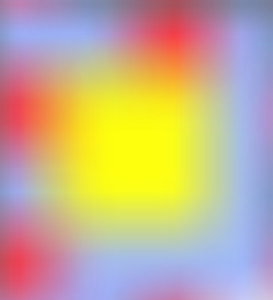 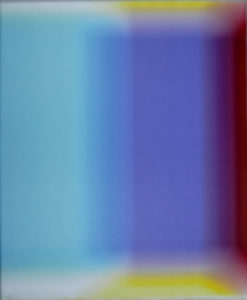 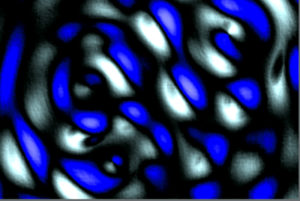 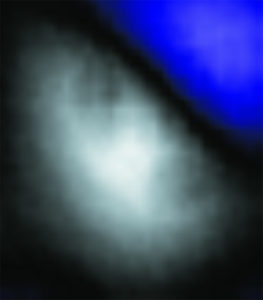 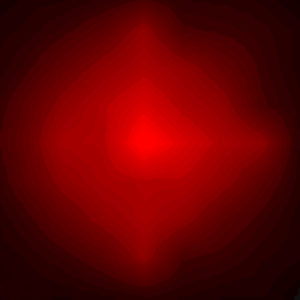 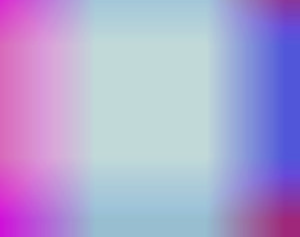 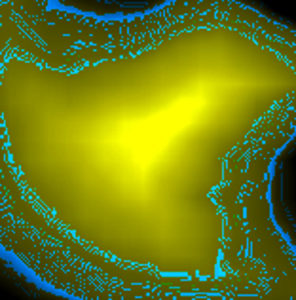 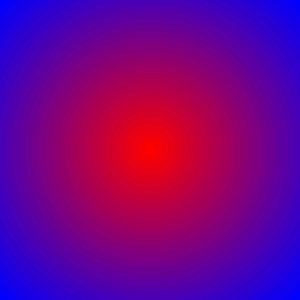 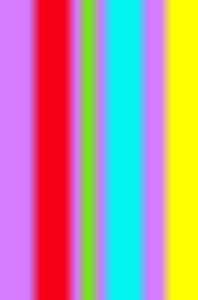 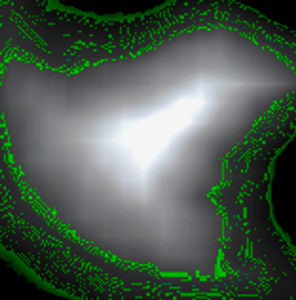 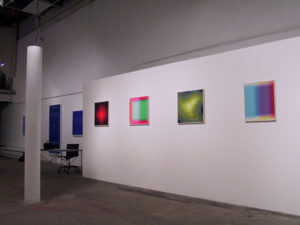 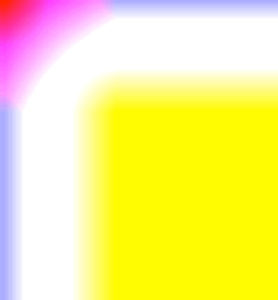 I quote again from the statement with which I presented this exhibition at the United Nations exhibition gallery, the New York University exhibitions gallery, the Skoto Gallery and the Fish Tank Gallery, New York and Galería Juan Manuel Lumbreras in Bilbao. And I do so because, in my attempt to defi ne the work, I took all the time I needed to write it, expressing myself with the most sincere, professional attitude I was capable of. The exhibitions of this long series went by the name of New York / Dots / I Am and I defi ned it as follows:

“The series I now present is a continuation of the two previous ones, (Belonging and Difference). Filed in my computer as “Dots” (later I would give it a more specific title: Analyzing the limits between two dots and the latest results as Heart, Mind and Brain) its computer beginnings, dated last year, 1998, were literally 3 dots: a yellow one, a red one and a blue one. All three colors at maximum saturation point.

One consequence of this emptying, division or atomization of the plane thus constructed was that the planes themselves were transparent. One plane was yellow, another red and the other blue.

Next I decided to connect up the three transparent planes by moving them spatially forward and back to produce a series of images that recalled a blend of everything that is so characteristic of New York. It was in the transparencies, in the contrasts and continual changes in the appearance and the presence of Manhattan’s skyscrapers. It is a symbolic view of what happens to them perpendicularly, at horizontal level, in the streets of the city.

This series of images that represent for me the New York reality of perpetual motion, blending and interaction, also brought me, at an emotional and psychological level, face on with what that capacity for openness means in terms of one’s relations with others: transparent, mobile and interconnected, but without the loss of one’s own identity.

To that end, I wanted “to see up close” what would happen to the limits and between the limits of one dot with another dot, from any of the compositions resulting from the interconnection and movement of the transparent planes.

Literally, I increasingly “got into” each selected image part, until I found myself in and with the line that “separates” the identity of one color from the identity of another color, perceiving, as a result of the need to amplify the dots under analysis, new images actually contained in that encounter or collision of one color with the other, of one light with another light.

Consciously differentiating these new images, I’ve gone on fi ling them away as they came to light, under the titles

The work is a consequence of my encounter with New York City; I called the series it belongs to Dots and with I Am I tried to baptize, defi ne, the result of a long artistic exploration that transcends its limits and moves into metaphysical territory.

As a final conclusion on this transcendent exploration, I would say it is the assimilation of the double separation or psychological division–vertical and horizontal or spiritual and human; the division that guarantees both IDENTITY and UNIFICATION.

In other words: the assimilation of this double division or separation is what enables us to be who we are, but in relation to the totality. Mutation is possible if, in the vertical dimension, there is, perpendicularly, the renunciation of the ego and in the horizontal dimension the detailed differentiation or psychological separation from the others, of all the others, emptying oneself, and concluding with the need for projection in the other.

Though I like to call this complete process the process of multiple divisions, the result is a very healthy feeling of integration and communication.”

That’s what I wrote back in 1999. It is a source of – very agreeable– surprise to fi nd that the subsequent exploration,
utterly different in style, reaffi rms the same concept, this time applied to and worked on my own self.

And here I would like to draw a line, take five, because the series explained from here on is the result of applying the formal plastic exploration to myself, to the artist herself. Indeed, I started out on this exploration with the urge literally to “get into” the yellow painting of the series I have just explained, entitled Mind.

Resolution of the Duality in one’s own person.

But now, my next move with the concept of Duality was to work on it by exploring it in myself. I would be my own horizontal (vision-mind) and my own vertical (the memory contained in the central nervous system: my physical origins, desires, feelings, affections, intellectual capability, spiritual concerns and so on). Helped along once again by a psychoanalyst, Dr. Silvia Fustenberg, and my readings of Krishnamurti and studies of Kundalini yoga and the chakras.

Horizontal: The need to empty the images contained in the mind. I am a woman and my vision is feminine.

I add below the statement for the exhibition held in Chelsea called Sexuality and Mystique of the Feminine explaining what my explorations for this series involved. And I would like to stress how absolutely essential the work I did on myself was for understanding how our eyes are conditioned by our mind. Meaning that if the content we have in our mind (education, culture, society, history) tells us that the color yellow, for example, is black, then, yes, we’ll see black wherever yellow comes up. The work on the following series was particularly important to me in decoding the contents of my mind, fundamentally dictated by our clearly masculine culture, to be able to SEE with my own, feminine eyes unconditioned by the ways of seeing and understanding of other interests remote from mine, something that allows me fi rst to be myself by eliminating from my life innumerable confl icts in my desire to adapt to a world governed by the mandates of just one part of it and to acquire the capacity to make my own life choices in line with my personal sensitivity and intelligence