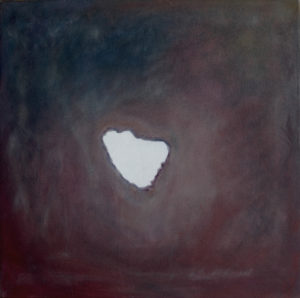 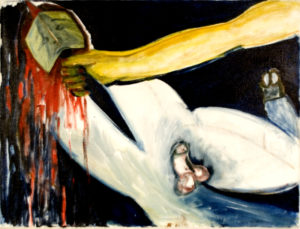 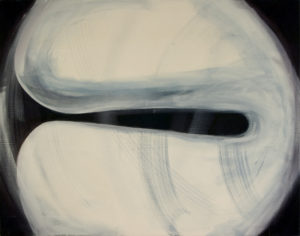 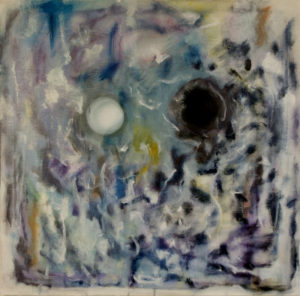 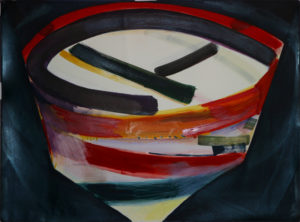 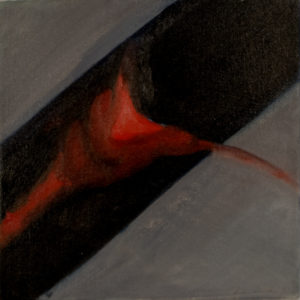 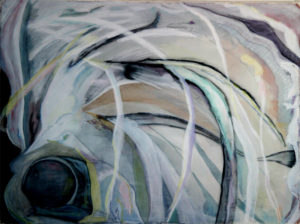 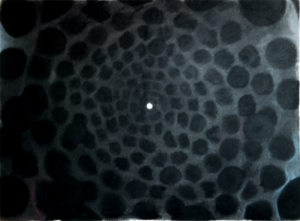 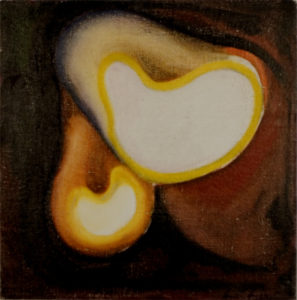 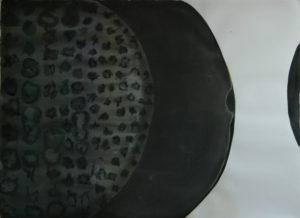 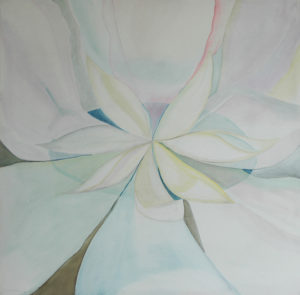 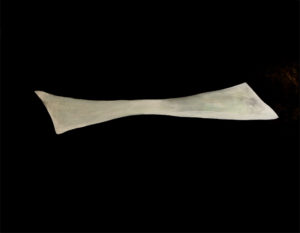 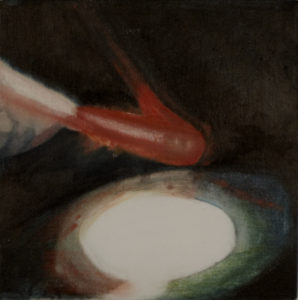 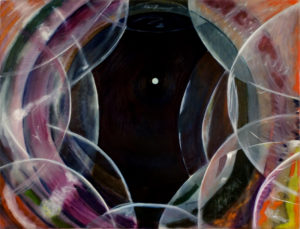 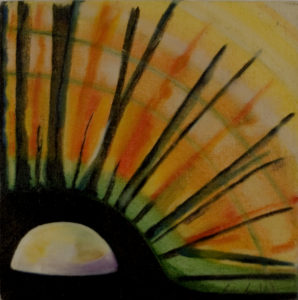 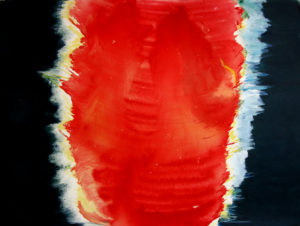 As my explorations progressed, the supports became larger, as my awareness of the concept of femininity expanded. Two years ago, in October 2004, series 12, 13, 14 and 15 were shown in Chelsea, with the title Sexuality and Mystique of the Feminine. This is the statement:

Inés Medina and Veronique San Leandro
Two women in:
Sexuality and Mystique of the Feminine

We present an exhibition of the work produced in the last four years after a long phase of refl ection and seclusion
in New York City.

This work is the artistic manifestation of the vital importance, for us and for our own personal experience, of recovering and reappraising the feminine element in society and in the human mind. An element that has been repressed and willfully underappreciated over the last 5,000 years.

The concept of the feminine we refer to totally transcends the commonly understood idea of the division of the sexes: it concerns men and women alike, in the same way as the air we breathe concerns us all. Of course in a society, ina schema of collective functions where the feminine element (things intuitive, creative, emotional, psychological and the like) is feared and therefore despised, one always begins by annulling women, as the symbol par excellence of all those values, but one ends by annulling humanity as a whole, its integrity, because when the feminine (which is a privilege of all, men and women) is lacking, all is disequilibrium, madness and death.

In short, our lives and our works are the result of a fi erce but silent struggle to recover our (sanity) identity, the feminine identity, as a natural right, and to bear artistic witness to that struggle, while urging everyone (women and men) to put an end to the state of destruction dominating the human group and which attacks the life of the individual, of humanity and the planet itself in its total integrity