Series 21: The Structure of Creation. The Capacity to Visualize The Totality. Identification, Visualization and Transparency of the abuse of power of the patriarchal and machist society…., 2014-2019 paintings large formats. 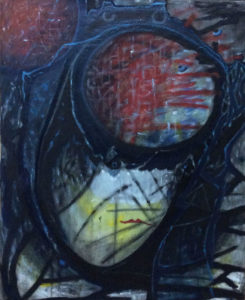 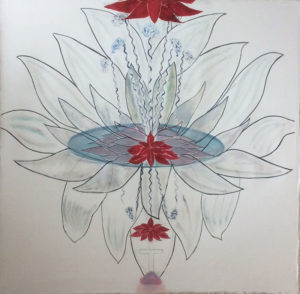 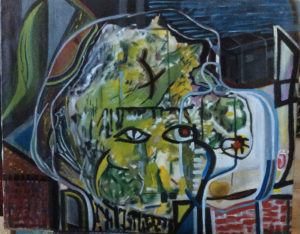 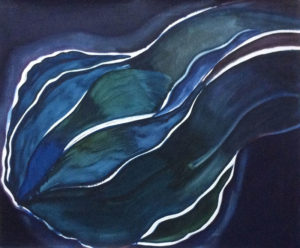 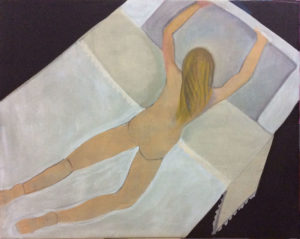 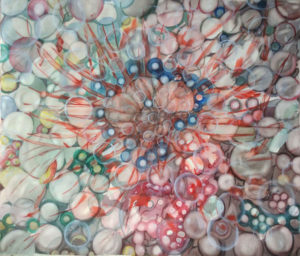 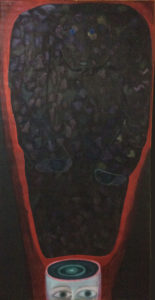 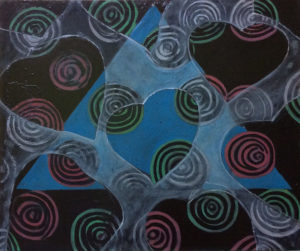 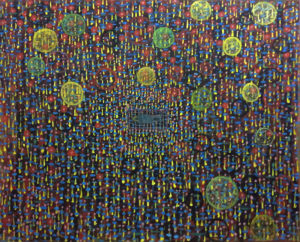 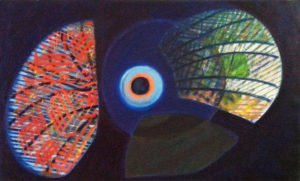 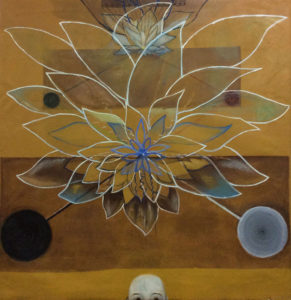 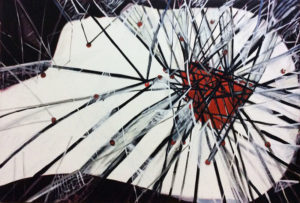 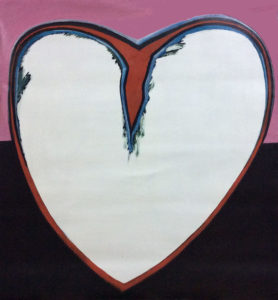 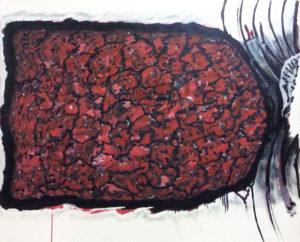 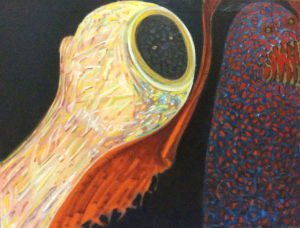 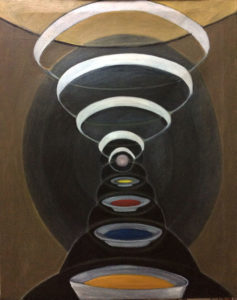 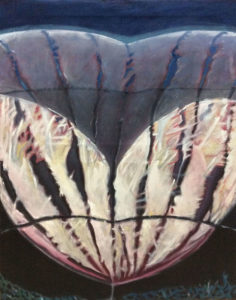 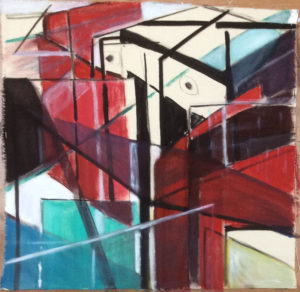 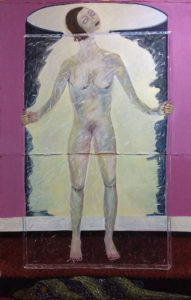 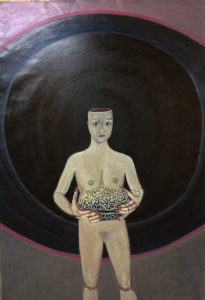 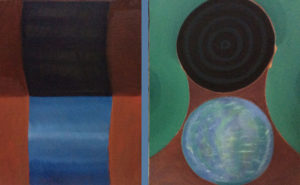 Series 21: The Structure of  Creation. The Capacity to Visualize The Totality. Identification, Visualization and Transparency of the abuse of power of the patriarchal and machist society, investigated in its darkest and most cruel manifestations. Also investigated in the lines of communication between generations and the damage suffered between them, 2014-2019 paintings large formats.

Possibly one the most painful research, due to the depth and darkness of the plane of the investigated unconscious.

Plastically speaking and depending on the relationships of light-space, when creating a spatial plane moves upwards, it is necessary to create or move a spatial plane down. The same happens when a plane is created at a horizontal depth with respect to the gaze. For the same relationship of light-space, plane that is created further, requires a plane closer to the eye. If we expand assumed space, in whatever direction, we have to create its opposite.

At the level of psychoanalytic-plastic research, the same thing happens. If we raise the plane from which to look, (I call it the plane of the fourth dimension, because we are going to observe the third dimension, that is, the three-dimensional TOTALITY on the planet in which we live), we find the deepest background of the unconscious

This is what happened with this point in the investigation of Series 21, thirty-six years after the beginning of it, an inevitable consequence of a permanent and passionately involved creative process.

This Series was initiated in New York, inmersed and fully mentalized to address very definitive and conclusive research plans that will close and explain the intent of the first proposal for total research, very well defined in the title of the doctoral thesis that I enrolled in the Faculty of Fine Arts, in 1989: Experimentation, analysis and definition of the concept of Plastic Energy, as a unifying element of the composition. The Concept of Plastic Division.

¨ Basically, the structure of creation consists in overcoming gravity (to me, concept of differentiation, becoming completely independent of any kind of object, physical, emotional, mental or transcendent) and this is the same as for creation to occur, the concept of division is necessary. Everything is divided to be created: to be re created. I – anyone – has to divide: to differentiate yourself from everyone else, if you want to go to yourself, if you want to BE WHO YOU ARE.

If this process of differentiation is creative, everything that you do will be creator, it will be creating. You have to separate absolutely from everything!

Now what I intend to do is the artistic work that is precisely related to obtaining that liberation of matter, of all matter. I also like to call it the fourth dimension. From the fourth dimension, or from this place or position in which everything is respected, everything is left to be, creation is supposed to be instantaneous, since absolutely nothing internal is blocking it.

I think that the higher mind, that is, the mind without any blockage, has the power to créate everything that is needed and at the moment it occurs. It does not mean that I have achieved it in a firm and permanent way, but I think that things, logically, must be so. All this is what I want to work on and know in my current Series 21 of artistic research¨.

That is to say, in order to ascend to another level higher than the duality of the three-dimensionality of this human life, one must be able to see this war of opposites, know how it works and, from the FEMALE capacity, with superior intelligence strategies, that is to say , without violence, OVERCOME, ANNIHILATE, THE AGGRESSIVE MALE ACTION.

The strategy of superior feminine intelligence, requires to begin, to have a self-esteem so high that it can be differentiated from the masculine powers and strategies. In general, the masculine, who feels with the social power acquired forever, does not fear femininity, does not know femininity, does not know, because he cannot perceive it, his level of evolution and intelligence, so it is not protected from it, which is an advantage at this time when valuing femininity becomes universally necessary.

The strategy of superior feminine intelligence also requires enormous doses of patience, observation and analysis, plus a very powerful feminine quality that is the capacity for perception. Perception, to which you have to listen and listen, paying attention to its development until it becomes an effective and immediate knowledge tool.

The following is the ability to ascend to a higher level of observation.

This is the theory. Now what corresponds is to apply this in daily practice. As far as my person is concerned, because all the experience and pain suffered throughout my life, the option I have is, in addition to placing myself (ascension) at that level of higher perspective, by differentiation and horizontal space + by the differentiation and vertical space that I explained above,

– TO BELIEVE, to trust, in a superior female intelligence ACQUIRED by I said ascension or assimilation of horizontal space + assimilation of vertical space, and act accordingly. With the power and security that is acquired by THE OBJECTIVITY OF NOT MIXING, not to be confused with the opposite itself, nider with the struggle itself of opposites.