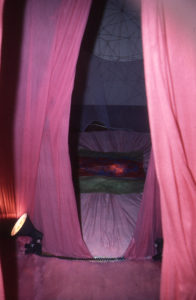 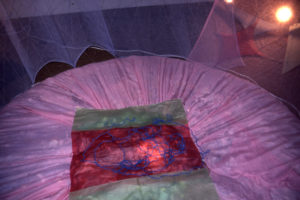 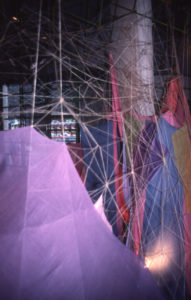 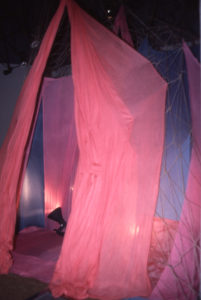 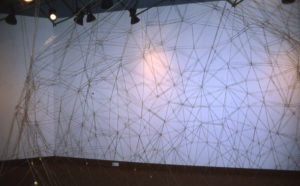 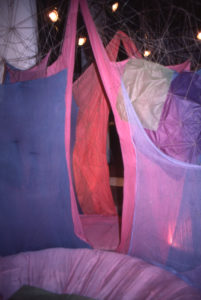 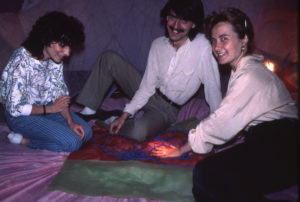 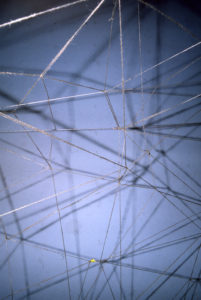 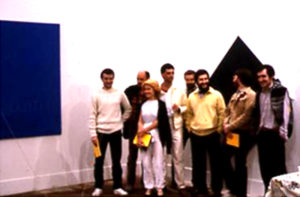 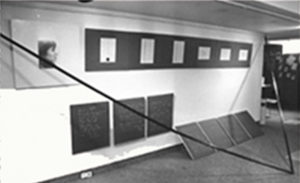 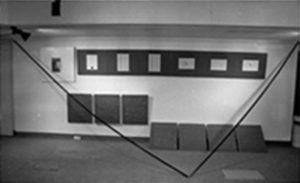 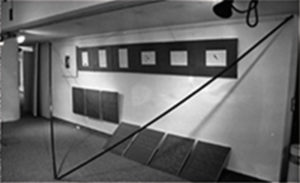 In the catalogues for a series of exhibitions mounted in the Basque Country way back when in the early 80s, curated
by José Ramón Morquillas, then Director of this BBK gallery, entitled “Basque Geometrics”, I defi ned exactly where my plastic exploration had taken me:

Out of the desire to construct –draw– sculptures in real space, with such simple elements as thin pieces of wood or thread painted blue, white or gold, came the concept of the occupation of real spaces for a certain time. In the early 80s, Iproduced what would later come to be known as installations. At the BBK, Lamiak, the San Telmo Museum –in another exhibition focusing on the Basque Geometrics also organized by artist and art critic Iñaki Ruiz de Eguino– the Museum of Álava and other places. The idea was to make a virtual sculpture in real space, a space marked out, drawn, with fi ne painted thread, to which I occasionally added drawings, photos or paintings associated, in form or concept, with the virtual sculpture itself.

Around that time I felt this incredible urge to construct architecture. The black sculpture, also from the early 80s, was conceived as a project for an Auditorium.