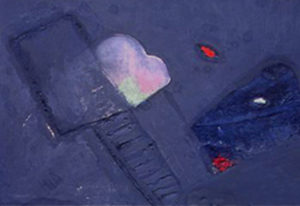 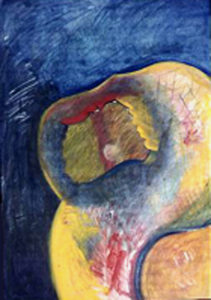 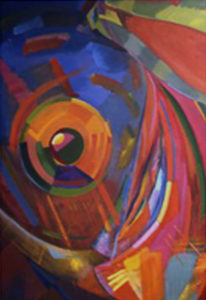 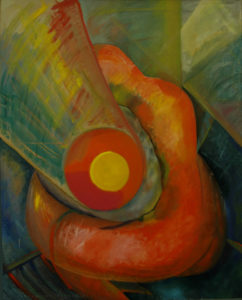 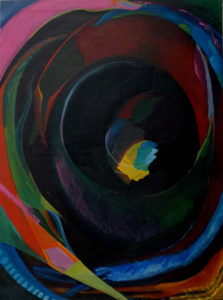 No doubt about it, this was the hardest period of my life. On my own, albeit with the help of Freudian psychoanalysis
two or three times a week, I faced up to some tough personal and family situations, something that certainly activated and helped enormously to stimulate a creativity that was permanent, always there, just under the surface, at my nerve endings, whatever. Dreams, images, profound sentiments that appeared insistently on paper and canvas. The need to draw as a natural, expressive, direct act began with this series and I haven’t stopped since. Drawing became for me a vital, valuable expressive act to be performed daily, a seed germinating in subsequent work on larger supports.

Going back to painting was a deliberate, conscious, meditated decision. I constructed the images, using my hands to“throw” pure pigment and natural clays on the canvas, spraying diluted latex on to fi x it. My need at the time was for very direct contact with the material, the pigment, the clay, and execute the expression of the image as if it were some kind of primitive ritual. From constructing the image with pure pigment, I went on to the medium of natural egg tempera and from there to oil.

Drawings, paintings with pigments, natural egg tempera or oils; they are all images with psychoanalytic content, product of the inner analysis I subjected myself to over nine years. This series corresponds more or less to the fi rst 4 years of psychoanalytic analysis with Dr. José de Miguel.

The search for what I called Pure Plastic Energy. I started then to use the computer as a tool for analysis, measurement and calculation. I also began on my doctoral thesis, directed by Dr. Joan Sureda, entitled: “Experimentation, analysis and defi nition of the concept of Pure Energy as a structuralelement of composition using computer-generated images.” I later added the title “The concept of plastic division.”

One of the most compact phases of my artistic career, involving something like 12 years of intensive plastic exploration, both in practice–painting with conventional media and support and applying computer-based analysis–and in theory. In fact all my exhibition catalogues came with a theoretical essay, explaining the process of execution. The series called “Potential image”, “Dynamic tension in painting”, “Of limits and their products”, “Breakaway, or Feminine Emotional Liberation” with the sections entitled “Airport”, “Entities”, “Guilt”, “Double Orthogonality” and “Multi-dimensionality” all belong to this exploratory phase.